How to Pick the Perfect Pooch

By Lifelearn Admin October 30, 2012 No Comments

On October 9th I flew to Boston to attend a conference on a subject that’s been of interest to me for many years now — how do we predict which dogs will make the very best, easiest, family pets — ideally the “Perfect Pooch”? 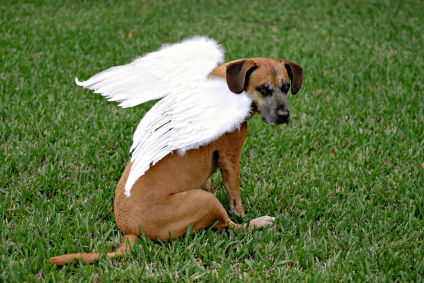 In Boston I listened to speakers from around the world – Germany, Italy, Canada, England, Belgium, and of course the United States – where we’re, hands down, doing the most research to determine what canine behaviors help us predict who will be a sweet, safe family dog. Although sweetness is definitely important, our highest priority is trying to accurately predict “who won’t bite the hand that feeds them”?

It’s a real challenge for those of us who take in homeless dogs to prepare them for adoption into a new home. Unfortunately, dogs can’t tell us where they’ll do best — so we have to use a combination of tools and experience to make sure dogs that will make the best companions get a chance at a new home.

Dogs arrive in shelters only two ways – either as a “stray” dog, or surrendered to the shelter by an owner. When a dog is turned over to us by an owner, we get a chance to ask at least a few basic questions about the dog’s history and behavior. “Did he ever bite anyone?” “Does she like children?” “How does he feel about the UPS man?” “What’s her favorite TV show?”

The catch is this — even when we have a previous owner to interview, problem behaviors are notoriously under-reported. I can’t tell you how many people have told me “it’s my fault he bit me, I shouldn’t have moved him when he was sleeping”. Although dogs can act quite differently in a new home, the behavior that is most consistent between homes is aggressive behavior.

The majority of dogs in our area come in as stray dogs. I’d estimate that more than half of the new family dogs we see at Noah’s Ark are stray dogs – either found on the side of the highway, wandered onto the front porch, or “rescued” in the Walmart parking lot. They’re dogs that we have no information or history on.

If you find yourself in the position of meeting an unknown dog, either at the shelter or on your front porch, let me describe to you the personality traits that, in my opinion, the very easiest dogs to live with possess.

A word of clarification – – – the behaviors or traits that I’m going to describe are what we look for in dogs without people – stray or shelter dogs. “Owned” dogs, dogs currently attached to a human, cannot be evaluated in quite the same way that we look at a homeless dog. However, many of you will recognize some or all of these traits in your canine family members.

The Big Four Personality Traits that Foretell the Future

1: Friendly – We love dogs because they love us. Dogs have been selectively bred for thousands of years to be companions to humans. A dog that seeks out the attention and affection of humans is what we’re looking for. Once a dog has become homeless and is separated from a human family for a period of time (a few days to a few weeks), dogs that will make beloved family members will be actively seeking out a human for companionship.

The opposite of friendliness is fearfulness. Dogs that are very afraid of, or indifferent to humans are generally a lot of work to rehabilitate – and sometimes just never come around. Dogs that will only approach you for food because they are starving will probably never become an easy companion dog. In one study, 40% of dogs that bit someone in their new home were not openly aggressive before adoption, but were noted to be fearful.

2. Calm – In my experience, there tend to be two types of dogs – those who are calmed by touch, and those who get very excited when they are touched or petted. Dogs who “melt” and relax when they are being petted tend to be the easiest for a family to live with.

Dogs who are surrendered to shelters score highest in the energy and excitability area. Dogs who go crazy when the doorbell rings, when you pick up your keys or a leash, dogs that bark relentlessly at the slightest bit of stimulation are tougher to live with.

3. Tolerant – Along with calmness, dogs that are tolerant and allow you do things to them (that are not painful) are easiest to live with. You’d ideally like to be able to examine teeth and ears, and touch their feet. Dogs who are relaxed when being hugged and picked up make nice, easy companions who are often eager to please and easier to train.

4. Sociable – Dog who are “social butterflies” and like other people and pets – men, women, children, dogs, and hopefully cats are, for obvious reasons, easiest to have in your home. We like to see dogs who are willing to share food, treats and toys – especially with humans (guarding food from other dogs does not necessarily mean they’ll guard it from their people).

Aggression in its many forms is the opposite of sociability – and it’s a personality trait that can’t be entirely eliminated, but savvy owners can often learn to manage it.

There are many other things that I consider when matching families and companion dogs – but when the traits I’ve listed above are present, we have a good indication that this may be a perfect pooch. And “marrying” the right dog is important because when we consider the lifespan of dogs, this partnership needs to be happy for many years.

If you find yourself considering a new dog for your family – remember we’re here to help you make a successful match. I’ve been evaluating shelter and stray dogs for many, many years and I’m available should you need advice on this or other behavior issues.